Rome - The Colosseum, Ruins, and Pantheon

As I start typing this, we're already in Cortona, arriving here yesterday afternoon. But the Italia trip has been moving at a pretty fast pace so I've not had the chance to write about the last of Rome until now.

For our last full day in Rome, as you may have guessed from a previous posting, we did go to the Colosseum. We also toured the Ruins and the Pantheon as the Ruins are right next to the Colosseum and the Pantheon a short and very entertaining taxi ride away (as I write this, I'm still attempting to upload the video but life in the Italian countryside is a bit slower and things such as the Internet are not a necessity - and mobile phone service not quite as reliable).

Colosseum:
The Colosseum was magnificent both in size and in architecture. At first glance, to me, it appeared somewhat smaller than I expected (perception is definitely not reality here). I'm guessing this was somewhat due to the Colosseum being smack in the heart of Rome and the surrounding of the bustling city. 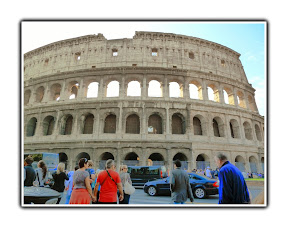 Upon closer inspection, you begin to appreciate the vastness of it's size and construction. Note how tiny the people are on the upper level. 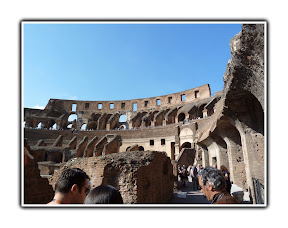 Noise also travels quite well across the Colosseum. And the under-floor maze which was used by gladiators and others is amazing (note: the Colosseum floor is caved in and the maze below is the intricate "backstage" - or more correctly, "understage" - area where pre-stage preparations were completed). 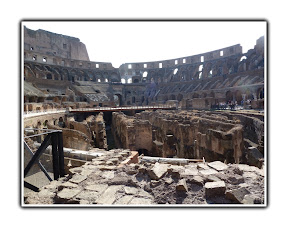 Stepping back outside, and from different angles, you really begin to appreciate it's size. 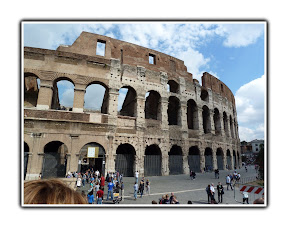 Ruins:
After the Colosseum, we headed over to the Ruins. In the first picture, you can see active archeological digs in progress. 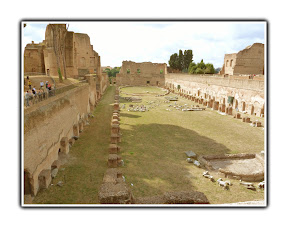 The Ruins were very fascinating when taking their current size and imagining what the buildings must have looked like and their mammoth sizes in the time of their completion. 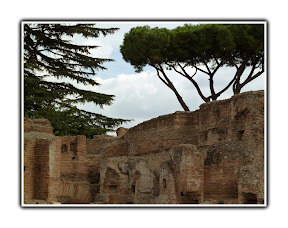 And amongst the Ruins was Mussolini's summer vacation home. 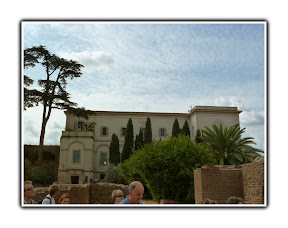 All-in-all, the Ruins were very interesting. 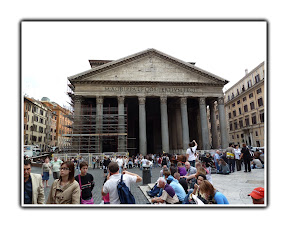 After the Pantheon, we had Gelato! Yum!! 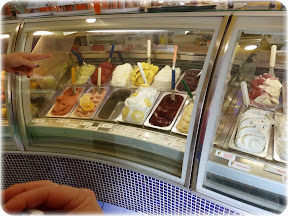 Later on that evening, we headed down to Trevi Fountain and had a great dinner as well as "The best gelato in the World!" according to the shop owner - and, to be honest, I've not had anything better.

So that was our last day in Rome.