Back in Heathrow - Got 8-Shots

Well, when I started typing this we had landed back in London at Heathrow...and it was nice to be able to get 8-shots of espresso over ice at least (no such thing as iced coffee here though). Now we have taken off from London on our way home to Seattle.

To wrap up our last day in Venice and 1-night stay in Milan I've got a few pictures here.


Our last afternoon in Venice, Terrie and I took a walk down to the entrance of the Grande Canal. Here's Terrie at the point. 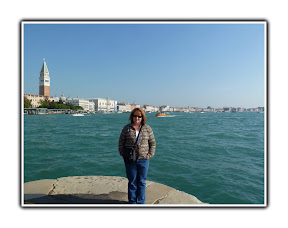 Here I am at the point (and awfully close to the water...but still dry). 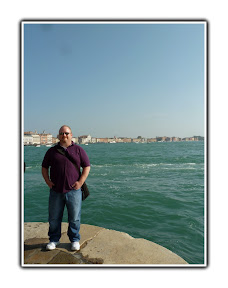 On our way out to the point, I hammed it up a bit and got a little daring. Notice the steps lead right into the water....and I'm well within "falling in" distance. :-). But I didn't fall in! 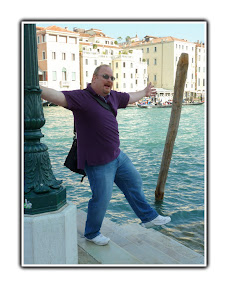 I also took a couple of neat shots of Terrie. 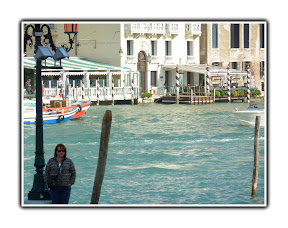 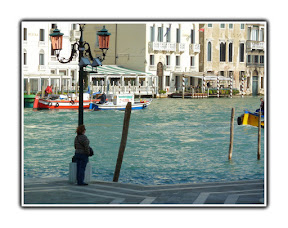 And one of us on the way back from the mouth of the Grande Canal. 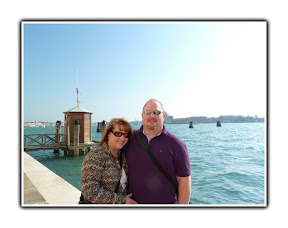 After getting back to the hotel, we checked out and grabbed a water taxi to the Venice train station. We took the train from Venice to Milan (about a 2 ½ hour train ride) and arrived at Milan Central train station in the heart of downtown Milan (not very far from where we stayed in Milan the first time). The train station itself is very huge and has the 1930's feel (like from a WWII movie). It is absolutely enormous and has several levels - if I had to guess, probably twice the size of Grand Central Station in New York (for those who've been there).

From there, we had to take a shuttle bus to the Milan-Malpensa International Airport - normally about a 45-minute drive outside of Milan, however, ours was a bit longer due to traffic (see below). Then, once we got to the airport, we had to grab a hotel shuttle to our hotel (they only went back and forth between the hotel and airport - not 45 minutes into the heart of Milan). 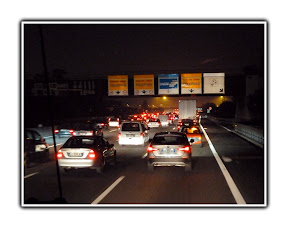 The rail station to airport shuttle bus ride was almost as wild as the first taxi ride in Rome - especially since we sat right up front - so I took some videos of it and will be posting those as soon as we get home.


As I said, once we got to the airport, we hopped the hotel shuttle to the hotel. So last night we stayed at the Crowne Plaza at Milan-Malpensa Airport - which was very nice overall, however the room, which was very clean, wreaked of really bad air-freshener and the room was quite warm (while the air conditioner would go down as low as 19ºC - which is 66ºF - the room never got below 75Fº according to the thermometer on Terrie's travel clock). Fortunately the window opened so we were able to get some cooler (albeit, very polluted) air. We were both glad we stayed right at the airport though, since all we had to do was go right from the hotel to the airport this morning.

This morning's check-in at Milan-Malpensa Airport wasn't bad at all. When we had dropped Celeste off there last week she said she had multiple check points in both Milan and London and how chaotic it was. While the airport is huge (even larger than the rail station), and while we did have to hike from one end of Terminal 1 to the other (and back), once we found the British Airways desk, check-in was a breeze as there was no line, and security was very simple as we were pointed to the "Fast Track" lines. Even the Italy foreigner tax (VAT) return process, while somewhat convoluted in and of itself, went smoothly for us and had no lines. We could only surmise on the lack of lines - thinking it was because we are traveling on a weekend. But who really knows...

FYI - In most countries if you are a foreign visitor who makes a purchase in a store of one or more items and the total purchase is greater than a certain value, then you can file to have the tax returned. In the U.S. it is often referred to as the Value Added Tax or VAT.

Upon arriving at Heathrow, we did the standard two security check-points (one I.D. check and one security check) and headed toward the main terminal (where I got a Starbucks for the first time since leaving 2 ½ weeks earlier). I did get selected for the random security check upon boarding but that was no big deal either. I didn't even set off the metal detector with my leg (the metal rod placed in it when I broke my leg years ago). Normally, I set them off all the time.

So now we just have an 9 hour plane ride and we'll be back on Pacific time.

Vacation in Italy was wonderful....but we're ready to be home.