Assisi, Italy - The Gardens and Walkways

Assisi is another hillside town much like Cortona, however, with a few differences.

One of the things I noted right away about Assisi is it seems to be a bit more renovated and updated - even though the buildings and streets and infrastructure are still very old (and beautiful). Also, as you'll see in the below pictures, there seems to be more work done to make it appear clean and nice.

It's very common to see many nooks and crannies decorated up among these small Tuscan towns - but Assisi sure did have the edge on these. 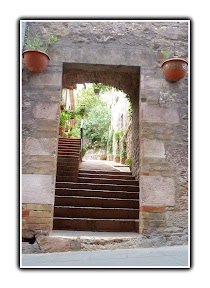 As you can see, the side streets and passages are all decorated up with plants and appear as small gardens. 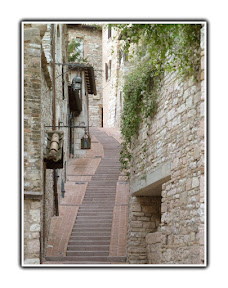 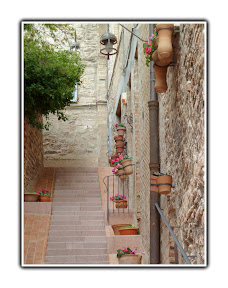 Even the common areas, even if not on the ground, are decorated up with plants and kept nice. This shot was taken from above, looking down on the little common area between houses and apartments. 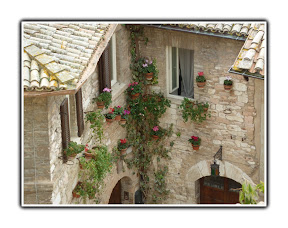 Walking down the very narrow and winding streets, many of the walls and building tops were decorated as well. 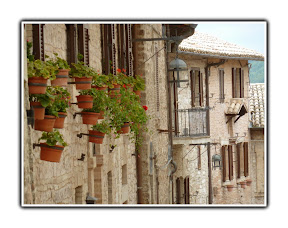 As we continued on, we found the house of "Papa Giovanni" - whoever that is. I wonder if he makes pizza? 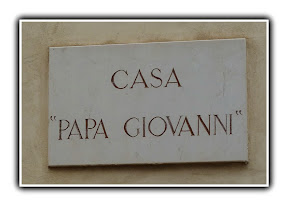 Walking further down the winding roads, we came to the other end of town... 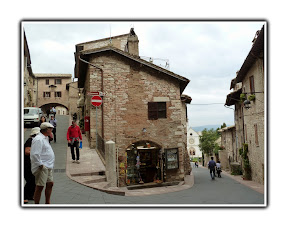 ...which led to the town's basilica. 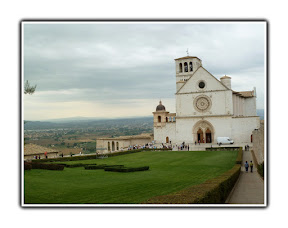 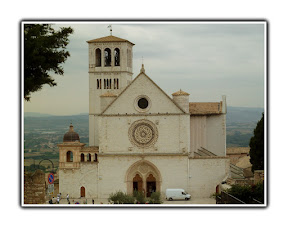 While walking around through Assisi, we had seen many areas under construction/renovation. But, as we were walking the 2.2km back to the car from the basilica, we came across some apartment renovation in progress...and found it interesting. Notice the wheel barrow in midair in the first picture and halfway into the window in the second picture below. I always wondered how they got the supplies up to the upper level apartments. 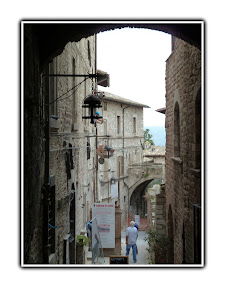 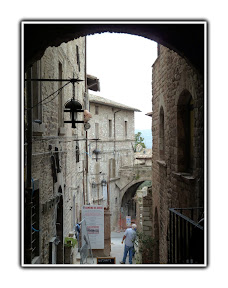 I didn't bother posting the pictures of the valleys here...they were stunning...but do begin to look the same after awhile....so I will post them at a later date.

All-in-all, Assisi has probably been one of the most enchanting places (if not for all of the people visiting). 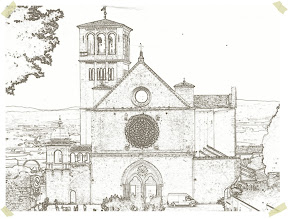