I thought I'd post a few things about driving in Italy since talking about the Italia style of driving.


First and foremost...the signage, the road markings, and the signals are quite different in some aspects...and similar in others. And, they are more suggestion and decoration than absolute rules.

Signs:
Wikipedia has a good amount of information on the signage for Italia roads... but looking at them, you probably wouldn't know which ones to pay most attention to.

Aside from the standard "Stop" and "Yield" signs (by the way, both equate to "Yield" in Italy), I'd say the most important ones to learn are the Prohibitive signs.

No Stopping or Standing

Keep Right
Note: Or Keep Left if arrow pointing the other way.

Round About
Note: You see a lot of these vs. actual intersections like we have in the U.S.
Tip: Don't wait for an opening...make your own space! 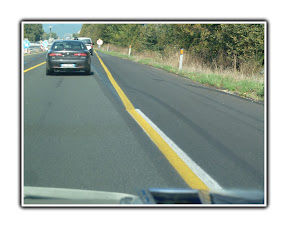 In the image above, you can see the we are driving into a construction zone as the road markings are changing from white to yellow. Also, in the upper left corner of the picture (click to make larger if necessary) you'll see the blue arrow signs to denote where to go.

Also, when in the big cities, no one obeys the lane markers.

Parking:
For parking, it's simple. First, ensure there are no "No Parking" nor "No Stopping" signs (shown previously). If none, determine the road markings.

If Blue paint markings for parking, these are paid parking spots (find a meter and plug in some Euros.

If White paint markings for parking, these are free parking spots.

If no markings, just make certain you are not parking in front of an access or driveway and not blocking the thoroughfare in any way. As a reference... 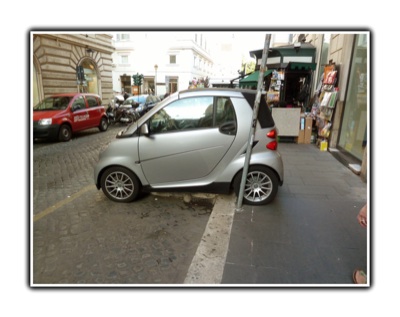 Rules of the Road:
1. Make your own space. Be aggressive!

2. On the Motorway.... ALWAYS KEEP RIGHT unless passing. 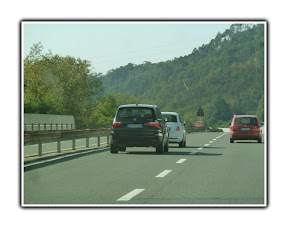 Signals:
For the most part, traffic signals are the same and are generally obeyed...but it's definitely not uncommon to see someone decide to run a red light after sitting there for a couple of seconds.