We are back in Barcelona and a leisurely train ride across the northern part of the county.  Once we were checked in to the hotel and fed (seafood paella - not something we normally order, it was amazing and we didn't even mind that some of it was staring back at us before we ate it) ... we decided to enjoy the AC in our room for an hour.  It is wonderful to feel cool and sticky -free for a short spell. 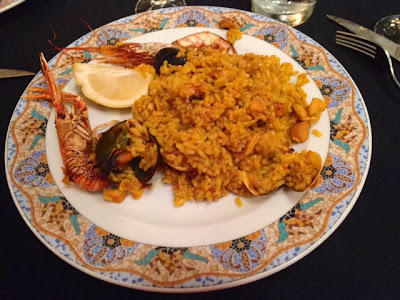 Catalan Politics
On the cab ride to the hotel we went past La Ramblas (the popular street with shops) where school and university teachers were holding a strike protest.  Traffic was terrible.  The cab driver was telling us of the 800,000 boys in the schools around the city, 20 or so have voiced an opinion how they prefer Spanish in schools over the regional language of Catalan.  To give you some perspective, the Catalan people would like to gain sovereignty from the Spanish federal government and Madrid.  So they are fierce about maintaining their language and customs which were nearly lost through years of war.  Back to the strike....A government official apparently made a sweeping decision that Spanish would be the language used ... so the teachers were striking and protesting.  It appeared students and parents may have been part of the march as well.

What we did today
After our cool down, we were back at it.  We walked about 1.5 miles from the the hotel to go see La Padrera, also called Casa Mila by some.  It is an icon work of Modernisme, again designed from ground up by Antoni Gaudi (including the interior, right down to the door knobs which perfectly fit your hand).  It sits in the Eixample (eye-SHAM-pla).  This neighborhood was built in the mid-19th century when the population burst our from the (formerly) walled city of Barcelona.  People had a taste for what was modern including electricity, streetcars, and a free-flowing organic feel.  The area is a strict grid plan where the sidewalks are big and full of shops and the street corners are cropped to create an airy feel to each intersection.

Built between 1906 and 1912, the building is like a giant sculpture you can live in.  Again, Gaudi derives much of his inspiration from nature.  The floor plans optimize light.  He uses a series of catenary brick and iron arches to support the structure so no inside or outside wall is load bearing.  The tenant can move the interior walls to suit their own desires for space.

There were many chimney stacks on the roof, but not all are actually chimneys.  Some are stairwells, like the tiled one in the photo with Dean and I. The stairwells actually house the collected water supply for the building as well in the center columns.  Some are fireplace/heating vents and other are air vents for the building. 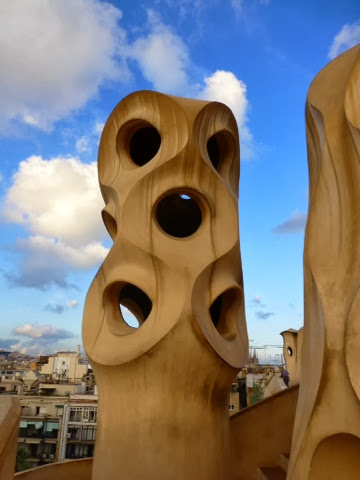 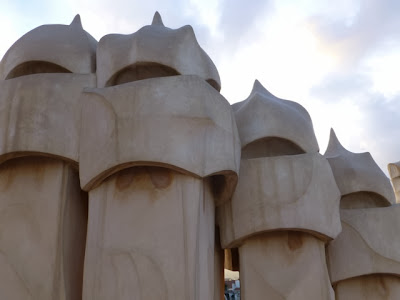 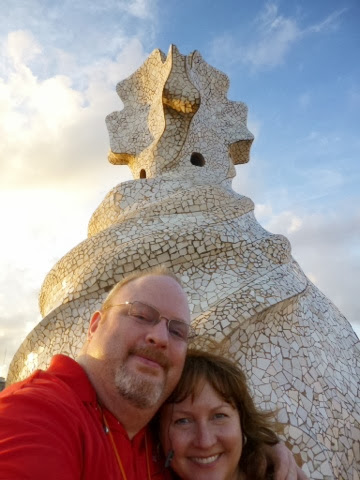 Gaudi paid attention to every detail including the placement of windows and how light and air moved through the apartments to the plaster ornamentation around the door and window frames. 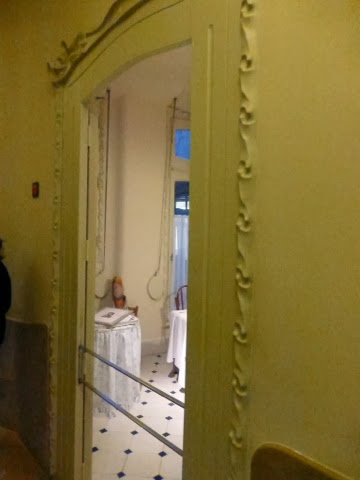 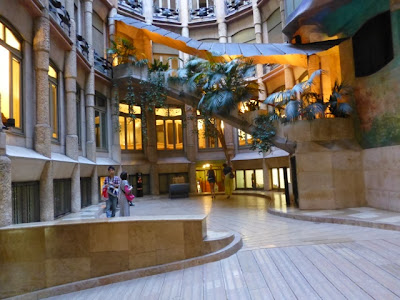 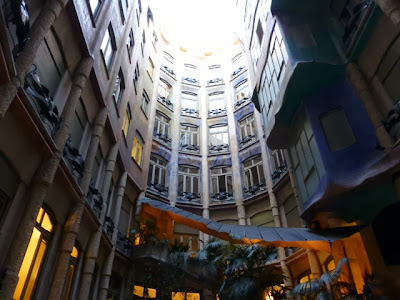 View of Eixample from rooftop 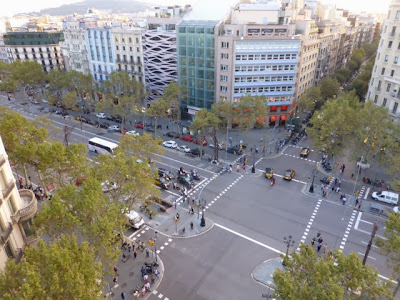 Tomorrow off to Montserrat.

- Posted from my iPad