Hoyalldoin? (That is "How are you all doing?").

Maybe we have been in the South too long and are beginning to talk like these folks, and there is nothing wrong with that!

Since our last update we spent two weeks just north of Houston, TX. visiting with cousins. One lives in Houston and one north of Houston in a nice gated community. (More on gated community later.) We visited many historic places like George H. W. Bush Library, Sam Houston house and monument, and many other small, old and sometimes historic towns. 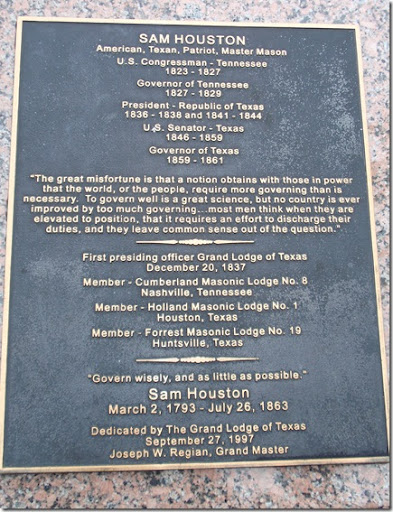 I think our people in Washington D C need to come and read this. 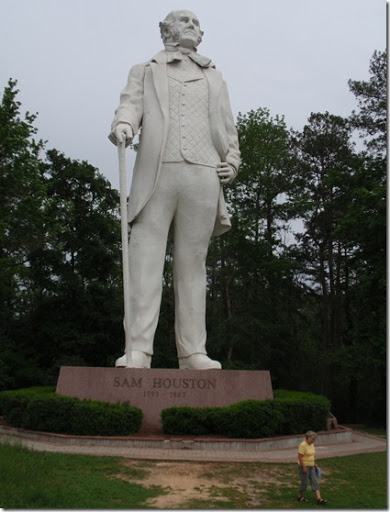 After Houston, we traveled on over to the Louisiana/Texas border at Toledo Bend Reservoir. From there we traveled to various places in Texas & Louisiana. Later on toward Baton Rouge. This is the deep south where we learned about Cajun & Creole cultures & ate gumbo, boudin, & catfish. We saw crawfish farms as we traveled around. They do raise crawfish commercially here in this lower area of Louisiana, and we often would see the farmers out in their little boats feeding, tending and harvesting them. From what we heard, it seems to be quite a profitable occupation, however, time consuming, since they must go out into all the ponds at least twice a day tending hundreds of traps.

I mentioned “gated community” earlier. Well, we spent some time in one of the most famous “gated communities” in the USA. Angola State Prison in Louisiana. Let me first say that this was OUR choice! We went specifically to see the Angola Prisoner Rodeo. And what a day it was! The music, food, craft fair,(items made by inmates) &, of course, the rodeo. Yes, Gail bought some items, but best of all was talking to the inmates that made them. (Sorry, no pictures! Cameras were not allowed in the prison.) I would recommend a book that just might change your thinking about prisons. It’s called “Cain’s Redemption” (about the taming of notorious Angola). It can be found on Amazon. Wonderful reading!

Yesterday we went to two plantations and enjoyed walking the grounds and touring the buildings. 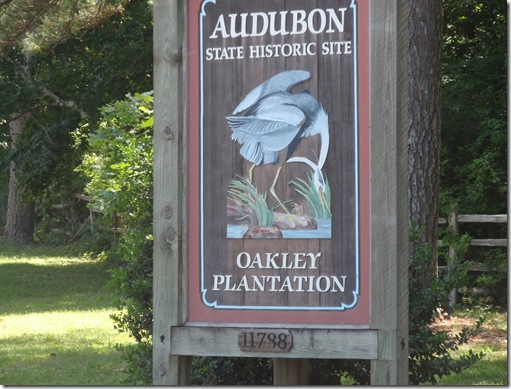 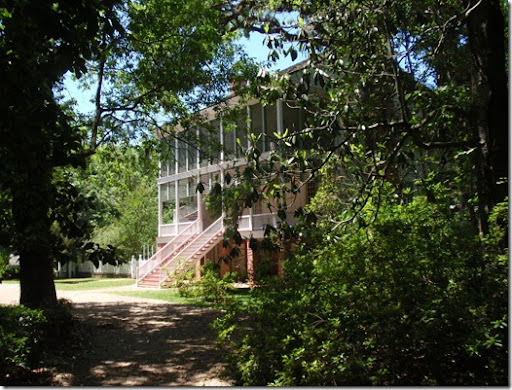 Below is Rosedown Plantation 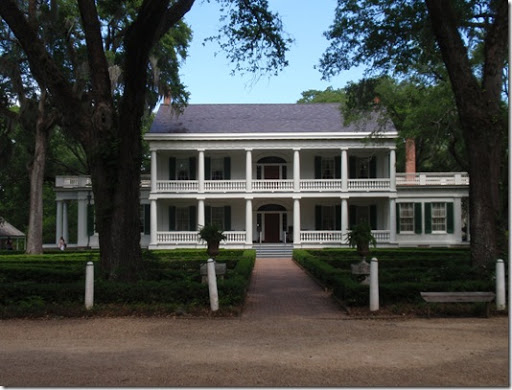 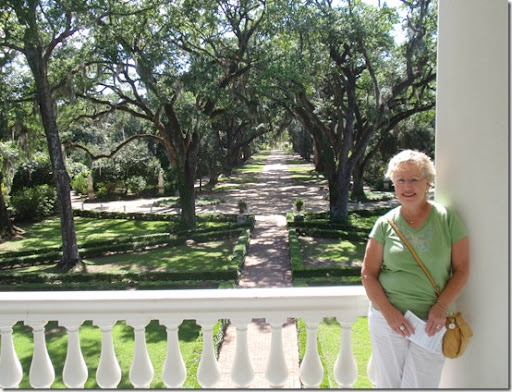 Did you know that in the early 1800’s 3/4 of the millionaires in the US lived in the 150 miles stretch along the Mississippi river from New Orleans north?