I thought I'd post some of the other pictures we took while at the resort over our anniversary weekend.

Here's a shot from the helo while coming in for a landing. 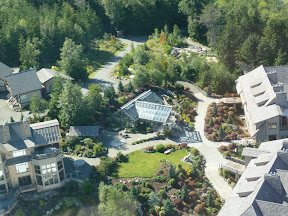 Below is a shot of the passage from our room. 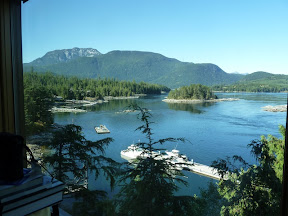 Speaking of our room, Terrie had to get shots of our fridge. All goodies inside are part of the room rate and no additional charge...along with calls to anywhere in the world. 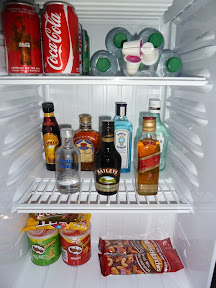 Can't forget what's in the door... 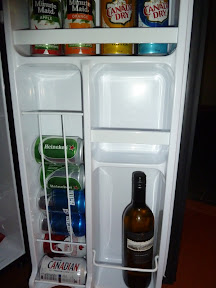 Here's another shot of our view and room. 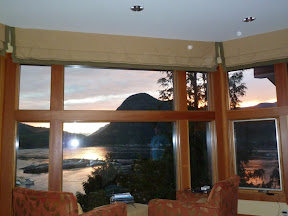 Terrie took me "for a drag" (i.e. Translates to "hike [with intent]") the next day (we took the BLUE trail as Terrie thought that'd be the easiest - what part of that was the "easiest", I'm not quite sure)... 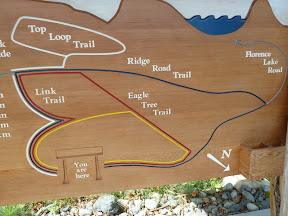 ...and the views (once we made it to the top of the world) were beautiful. 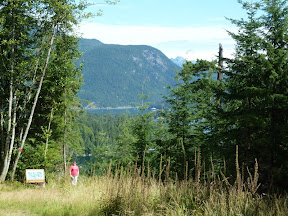 At one point while taking the above picture, Terrie was gesturing and couldn't tell if this meant we were at the "location of intent" or if she was holding something.... ;-) 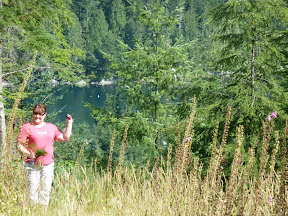 After recovering from the above "near death" experience (wink wink), we went on a boat cruise (You see what I mean by the word "intent"? For those of you who are not aware, water is another potential peril of mine.). It was just the two of us, our captain, and hostess (thank goodness there were witnesses this time). ;-) 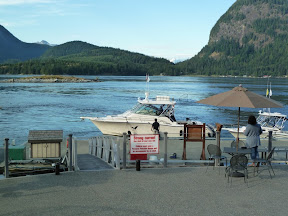 Our Captain... He works for the resort and takes many parties out on the water throughout the day doing such things as fishing trips, eco-cruises (dolphins & whales, etc.) and more romantic cruises such as what we did. 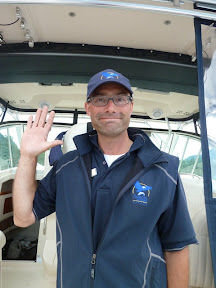 Our hostess... She was sitting in the back as we were preparing for a somewhat fast run down to another area. 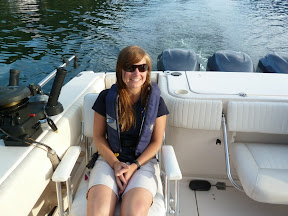 The boat cruise was really cool (and no, I didn't fall in or get wet). 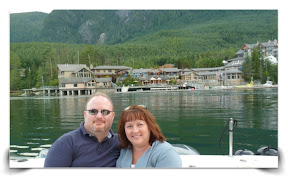 We were able to see all sorts of wildlife... 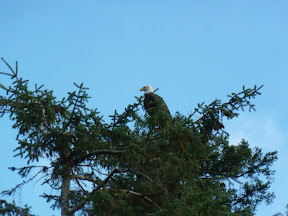 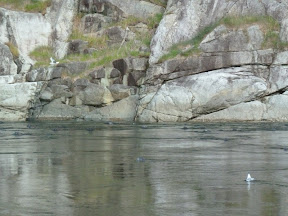 Note the many heads sticking out of water in the above picture. 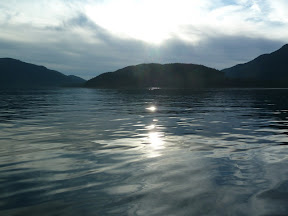 Thank goodness it was really calm. 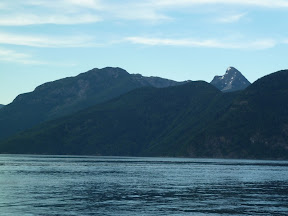 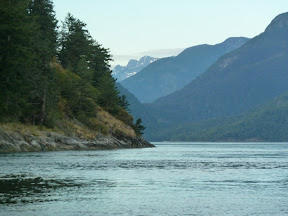 ...and some uber-rich person's cool toys on one of the nearby islands. 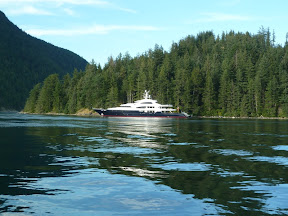 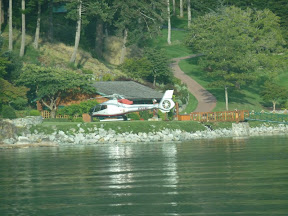 And let's not forget Hers and His boats below.... 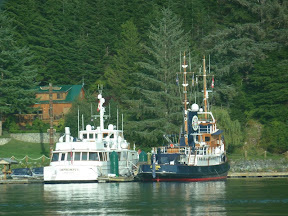 After the boat ride, we came back and had dinner. I must say, they have the most wonderfully prepared meals. For dinner this night, I had the pasta and Terrie had the crab. 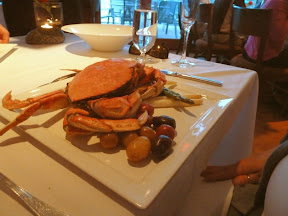 For lunch both days, I had the Sonora Burger....which was absolutely, hands down, the best burger I have ever had! It's their own mix of meat and spices - a combination of ground steaks. Even the homemade fries were great! 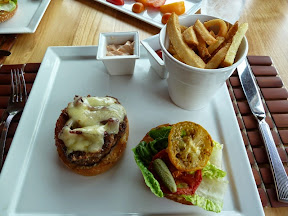 For a lunch side on the last day, I requested a plate full of their fresh grown tomatoes. They are absolutely wonderfully fresh tomatoes! You can see them in the background of the above picture.

On the day we left, it was rainy (to be expected in the Pacific NW - especially within the Inside Passage). Therefore, the helo flight back was mostly around the 300ft elevation level until it started clearing up. Fun! 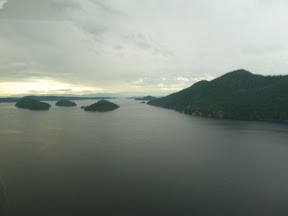 Terrie and I on the flight back... 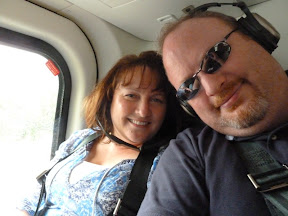 Coming in for a landing was really fun... 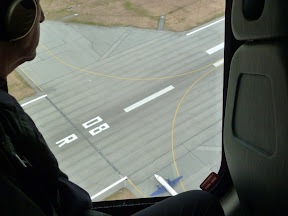 Taxiing up to the terminal where we took off, we noticed it was next to the air ambulance terminal. As you can imaging, Terrie had some flashbacks to her previous occupation. :-) 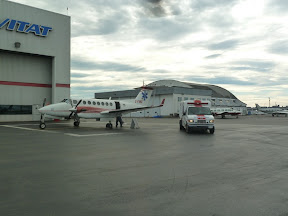 All-in-all it was a fantastic and wonderful weekend.

We both agree, Sonora Resort is a very cool place! 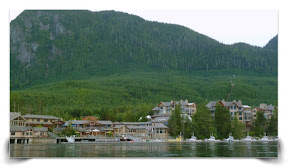