When in Rome...Visit the Vatican

Today we got up and had a wonderful breakfast here at the Hotel Italia and then headed out to the Vatican.

Terrie and I were outside awaiting our friend Celeste and so I got the chance to take a few pictures - as promised here are a few pictures with the hotel and street it is as well as Terrie.

This first one is looking toward our hotel (you can see the sign near the top of the picture off to the right). Terrie is giving me a pose between all of the many motorcycles and scooters. The street is lined with them here. 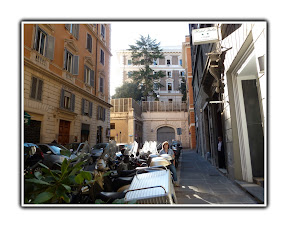 This is a picture I took looking the other direction from where I was standing in the above picture. I love the Italian archictecture! 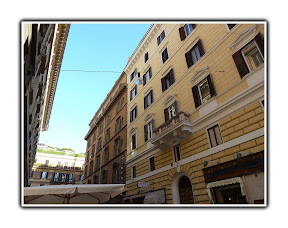 On the way to the subway, I took a few pictures of the surrounding area (Stupid American Touristy stuff). ;-) 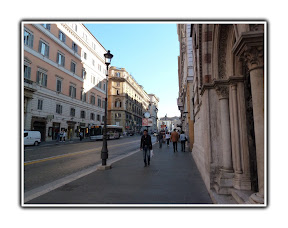 And yes, they also have things like McDonalds and Burger King (Note the red arrows in the below picture) - although we didn't stop in them to see if they served things like the "Big Mac" or "Whopper". My guess is probably not - or at least, not under the same name. 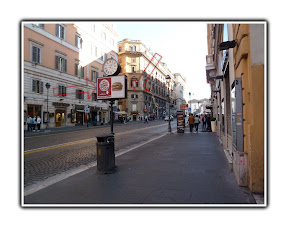 Coming up on the Vatican, we were presented with the large Vatican walls, as well as the large Vatican crowds. Fortunately, we had reservations and were early enough to enjoy the scenery outdoors. So first we stopped and got a couple of waters...(you can see Terrie at the "Night and Day Gelateria" street vendor stand and Celeste in the foreground meandering - the arrows point them out). 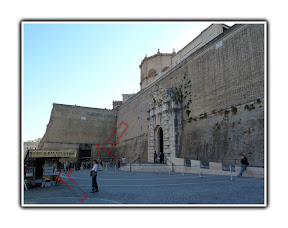 After getting waters, we decided to spend the remainder of our time before our tour reservation drinking Cappuccinos, Espressos, and munching on a few cookies. 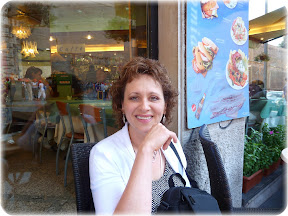 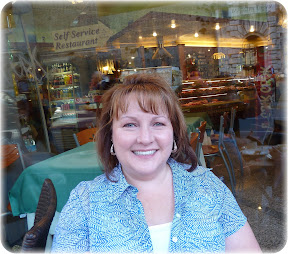 While we waited and enjoyed our coffees (no, Terrie didn't have a coffee), we watched the 1000's of Smart cars and other small cars and motorcycles go by. On a side note, here in Rome the painted lines, the road signs, and the traffic signals are all just suggestions for the road and not really rules to drive by. :-o So watch out if driving, because you may suddenly have someone driving headlong towards you! 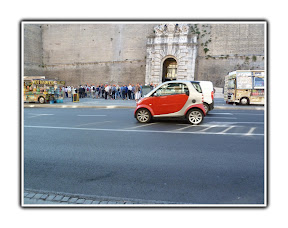 We also watched the crowds, and crowds of people - and the many tours going by. A tip for anyone traveling to Rome in the future - Make Reservations! Many people don't know how places such as the Vatican and other locations do take reservations. Note, the half-mile long line in the background next to the wall. 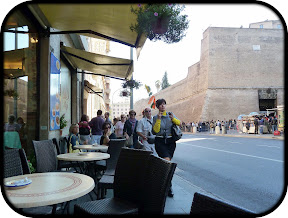 Inside the Vatican, it was simply amazing! Rather than show all the pictures we took (they do get a bit monotonous after awhile), I figured I would choose a few to show here.

We lucked out even more on our tour as our Vatican guide was not just any old guide - but the "Instructor of Guides". He was very long winded but also very thorough and educational (he's only been there 25+ years). It was a bit humorous as he would get quite offended when someone made the mistake of asking how much longer or something of the sort.

But, back to how amazing the Vatican arts and history are, as our guide said, "The Vatican is not just 'a museum' - It is 'The Museum'!"

And he wasn't kidding either.

From everything such as the many thousands of years old hand carved statues.... 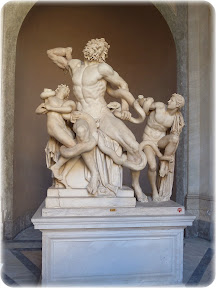 ...and including the amazingly preserved thousands of years old tapestries... 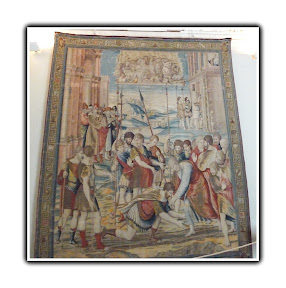 ...and the exquisitely done paintings... 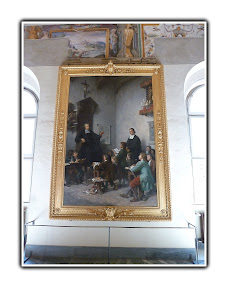 ...and the absolutely stunning room designs such as the wall and ceiling paintings by artists such as Michael Angelo... 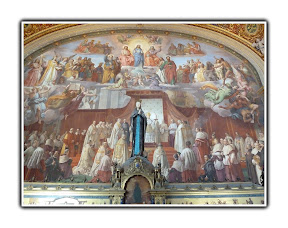 ...and the incredulously intricate floor mosaics (which we were walking on)... 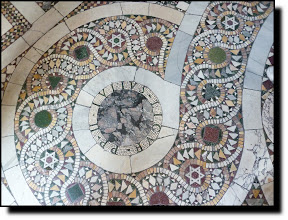 ...to the the St. Petersburg Basilica building architecture itself (bet you didn't know it's not classified as a cathedral)! 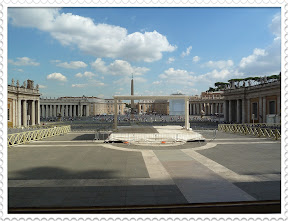 So, all-in-all a pretty amazing day (my feet are sore)!

And when in Rome, do as the Romans do....and visit the Vatican. 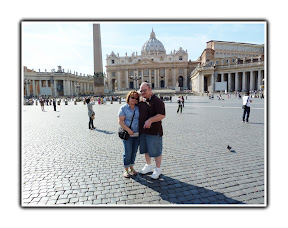