Thought I would share the very touristy Seattle thing we are doing. Having dinner at The Crab Pot (Lisa, look away as you would definitely burst into an anaphylactic shock by just walking in the door).

Of course, we started with drinks. 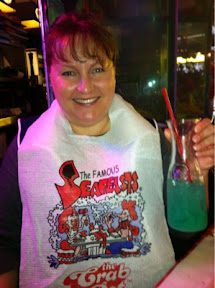 Terrie had a Tahitian Tornado and I had a Pirate's Punch. 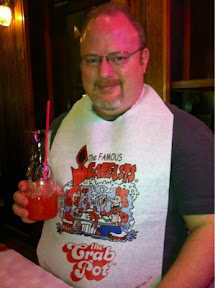 Here is our feast. 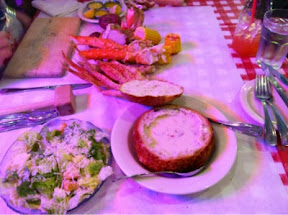 Just an FYI, I had the Chowder and Salad. Terrie worked for the crab. It is too much work for me when it comes to food. I did wear the bib, though, as I could tell Forest Gump wanted to make an appearance. ;-)

I have to say, I have never seen anyone else pick a crab as clean as Terrie! It is an amazing sight to watch.

A note, she NEVER uses a crab hammer (according to her, it is an unnecessary tool).